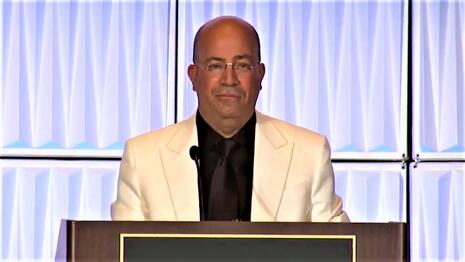 Within the newest outraged oration of the NewsBusters Podcast, Government Editor Tim Graham explores the most recent secret tapes of CNN executives, as recorded by Mission Veritas, and the way CNN tried to dismiss them by suggesting the taping is perhaps a felony!

The boss, Jeff Zucker, thinks CNN’s solely sin just isn’t being tough sufficient with Republicans! He advised his crew they wanted to “go after” Sen. Lindsey Graham. After which they cannot work out why folks name them the “enemy.” CNN’s Oliver Darcy complained the conservatives are “hyper-partisan.” And what on Earth is CNN?

Affiliate Editor Scott Whitlock joins Tim to debate the utter lack of comedy among the many late-night comedians like Colbert and Kimmel as they ogle Obama and mock Melania.

Please take pleasure in under or wherever you hearken to podcasts.