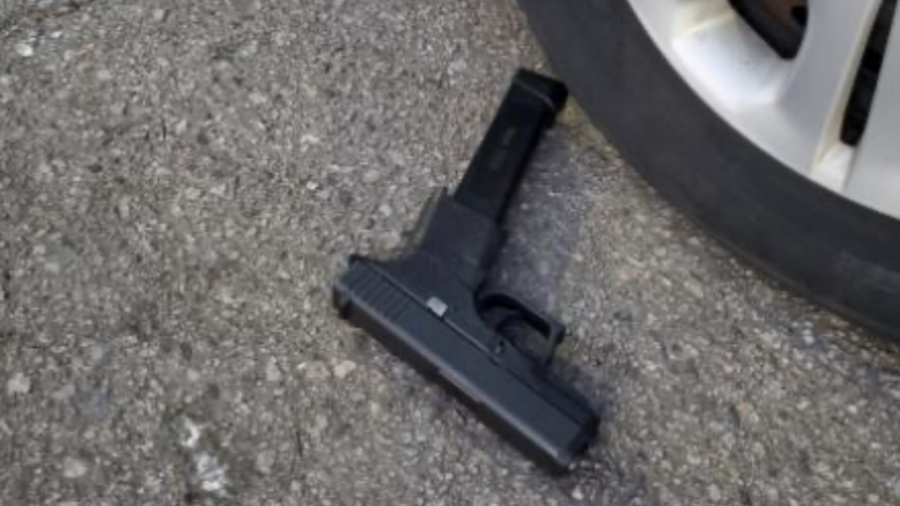 San Bernardino police shot and injured a 17-year-old who ran whereas armed with a handgun after a brief pursuit early Saturday, the division stated.

The incident unfolded after officers tried to drag over a black Mercedes Benz for site visitors violations close to Baseline Avenue and Sierra Approach at round 12:30 a.m., in keeping with the San Bernardino Police Division. The company didn’t specify the alleged violations.

“Because the car abruptly stopped, one of many occupants shortly exited the car and ran on foot whereas armed with a black handgun,” stated an announcement from the Police Division.

No less than one officer opened fireplace, placing the the particular person within the leg. That particular person, solely recognized as a 17-year-old boy, was taken to the hospital earlier than officers booked him into the San Bernardino County Juvenile Corridor.

Police didn’t report some other accidents within the encounter.

Officers stated they recovered a loaded 9mm handgun on the location. They proceed to seek for “a number of” others who fled the car, police stated in a information launch on Sunday.

The Police Division requested anybody with details about the incident to contact Detective Flesher at 909-384-5655 or flesher_wi@sbcity.org or Sgt. Tello at 909-384-5613 or tello_al@sbcity.org.